Our Instructors have spent many years devoted to training in the art of Kenpo Karate, Kano Jiu Jiutsu, and other martial arts. They have attained a high level of expertise to qualify them as teachers and mentors.  Through extensive testing, and certification our staff have attained mastery in their styles of martial art and now enjoy  passing their knowledge on to their students. 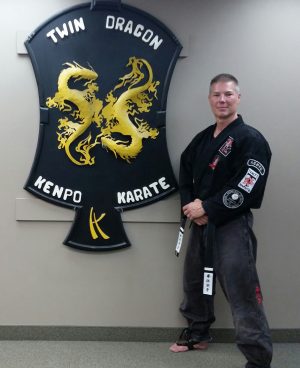 Godan (Black Belt 5th Degree) Kano Jiu Jitsu: English Jiu Jitsu Federation
Shodan (Black Belt 1st Degree) Kyokushin Karate
Since 1980 Rob and been training and teaching in a variety of Martial Arts, beginning with Judo.  In 1993 he gained his first black belt in Kyokushin karate and also fought in many Karate ‘knock down’ competitions, including representing England in the national knock down squad on 3 occasions.  He graded under Shihan Kisby (7th Dan) and certified by Sosai Mas Oyama. He continued his Karate training for approximately 10 years.
Rob started training in Kano (Japanese) Jiu Jitsu under Simon Ford-Powell Sensei (7th Dan) in 1994. He gained his first dan black belt in 2000. Rob now holds the rank of Godan (5th dan) which he received in 2017. He is certified and graded by Shihan Tony Huges (8th dan).
Rob co-owned and taught Jiu Jitsu at Blaby Kanokwai for 5 years before immigrating to Canada in 2010.  He has since continued his training in Jiu Jitsu, Filipino martial arts (Kalis Ilustrisimo), Jeet Kune Do and Kenpo Karate. 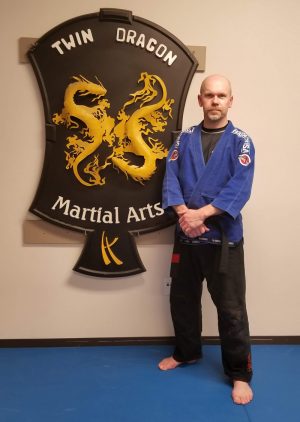 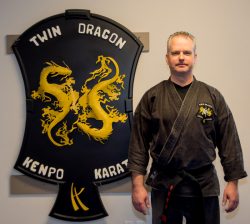 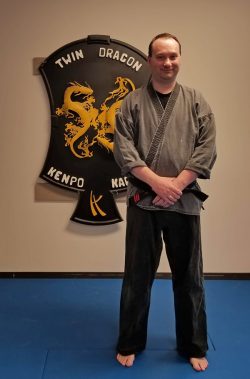 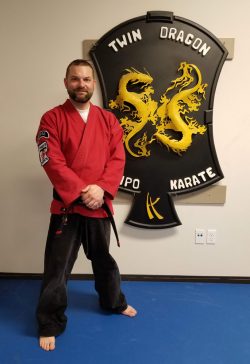 Shodan  Kenpo Karate
Nidan  Kyokushin Karate
Shodan  Kano Jiu Jitsu: English Jiu Jitsu Federation
Sue gained her Kyokushin Karate Shodan  in 1985 and Nidan  in 1993
She continued her training in karate while teaching and competing throughout.
Sue started training in Kano Jiu Jitsu under Simon Ford-Powell Sensei (7th Dan) and gaining her Shodan in 1999 under Shihan Tony Huges (8th dan).
Co-owner and teacher of Blaby Kanokwai for 5 years before immigrating to Canada in 2010.
She began her training in Tracy Kenpo Karate in 2012 and currently holds the rank of Shodan (2016) under Master Brian Swallow (7th dan). 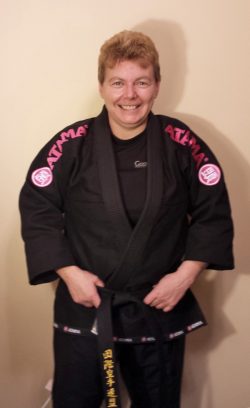 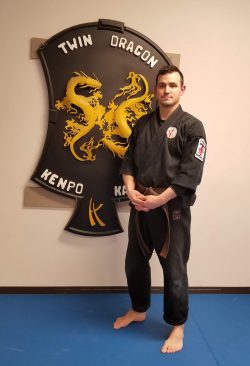